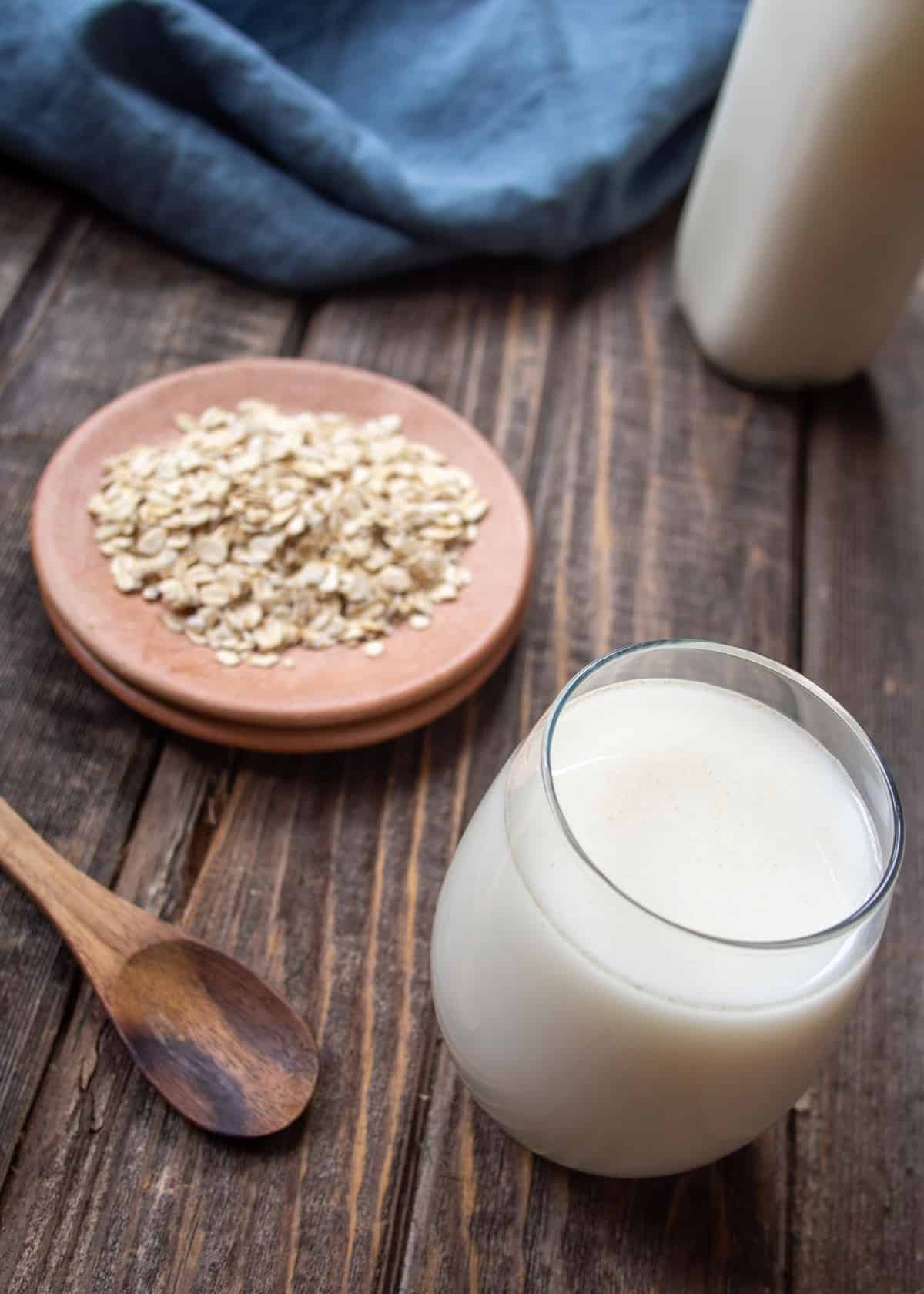 So you have made the choice to give up milk. Mom says no, friends call you a hippie, the dairy industry is smacking their 3 recommended serves in your face. But you don’t care, you’re going to do it. Whether it be to ward off suspected intolerances, a cows milk allergy, to lower your carbon footprint or for personal ethical reasons, finding a suitable alternative can be tricky. Each book you read, every website you come across and every person you talk to will probably tell you something different. After reviewing this post hopefully, you will feel more confident in deciding which is the best milk alternative for you.

What Is Rice Milk?

The most widely recommended by alternative practitioners, rice milk isn’t a favourite in my books. Rice milk is exactly what it sounds like, rice made into milk. Often commercial brands use rice flour and add canola oil, mineral salts, emulsifiers and other additives. Some brands are made with brown rice. Rice milk is low in protein and high in carbohydrates, with about two-thirds as starch and the rest from added sugar.

Is Rice Milk Good For Me?

Rice milk is as hypoallergenic as you can get, meaning this milk alternative is the best choice for those that are soy and dairy milk intolerant. If you have the time I would recommend trying to make your own rice milk. It can be made at home quite easily, use brown (or white) rice and water, blend, strain, voila!

Who Is Rice Milk Not Good For?

As mentioned above rice milk is low in protein and therefore shouldn’t be used by children as a milk alternative. Like most rice, rice milk is also high-glycemic-index (GI) at 79 up to 92 and isn’t recommended for diabetics, those with insulin resistance or those trying to lose weight.

What Is Soy Milk?

Soy milk can be made in the home kitchen by soaking soybeans, draining and grinding them, and then simmering in fresh water for two hours. Soy milk is the closest to dairy milk in terms of protein and often contains added oils and sugar for flavour and to mimic the nutrient profile of dairy milk.

Is Soy Milk Good For Me?

Soy milk has gotten a bad rap over recent years but a quick literature review will show that claims that soy milk is hazardous are unfounded.

Soy milk is a great choice for those looking for a heart-healthy alternative to dairy milk. It contains no saturated fat and soy protein has been found in clinical trials to have beneficial effects on cholesterol levels. Soy milk is also the lowest in GI of all the milk alternatives with a range of 16-42 so it is suitable for those with diabetes or those with insulin resistance.

Who Is Soy Milk Not Good For?

Some of you may be waiting for a soy bashing but unfortunately, you won’t find that here. That is because a majority of the recent myths circulating regarding soy can be sourced back to Sally Fallon and Mary Enig. These two have been accused of being the purveyors of “nutritional myths”, largely because they have failed to update their recommendations in light of contradictory evidence. Some people may be intolerant to soy, and this sometimes coincides with an intolerance to dairy. Breast cancer survivors may want to limit soy products, though evidence on this is not clear.

Which Is The Best Soy Milk To Buy?

When buying soy milk look at the ingredients and make sure it’s not made from a soy isolate (white bread equivalent of soybeans) and contains only water, soybeans and some vitamins. Also, choose organic soy milk when possible to make sure you’re not consuming any genetically modified products see my post Genetically Modified Foods – What This Means For Your Health and The Health Of The Environment).

What Is Almond Milk?

In Australia, Almond Milk is only just sneaking onto the market but here in Canada, it’s everywhere! And for good reason. Almond milk tends to have a satisfying nutty taste which lends itself nicely to smoothies. It is made from almonds so it contains monounsaturated fats and is also lower in sugar and overall calories than most other kinds of milk.

Almond milk also tends to be lower in protein and doesn’t always pair nicely with savoury dishes. You can make your own by soaking your almonds, blending, then straining through a cheesecloth. Make sure you don’t through away the pulp as it can be used to make almond flour in a dehydrator or oven, or even to make patties!

Is Almond Milk Food For Me?

Almond milk has a GI of about 25 which is similar to dairy milk and is considered to be low GI making it suitable for diabetics or those with insulin resistance. Also, if you’re watching your waistline, almond milk contains only 30-60 calories per glass. Almond milk is lactose and casein-free and can be a great addition to a raw diet.

Who Is Almond Milk Not Good For?

Again, almond milk tends to be low in protein with only about 1 gram per glass so isn’t suitable for children. If you are trialling giving up milk (and soy) due to suspected intolerances, almond milk should also be avoided as nuts and nut milk could be a potential trigger. Also, remember that the growing of almonds uses a tremendous amount of water and this has raised some concerns in relation to the continuous drought in California where most of our almonds are grown. 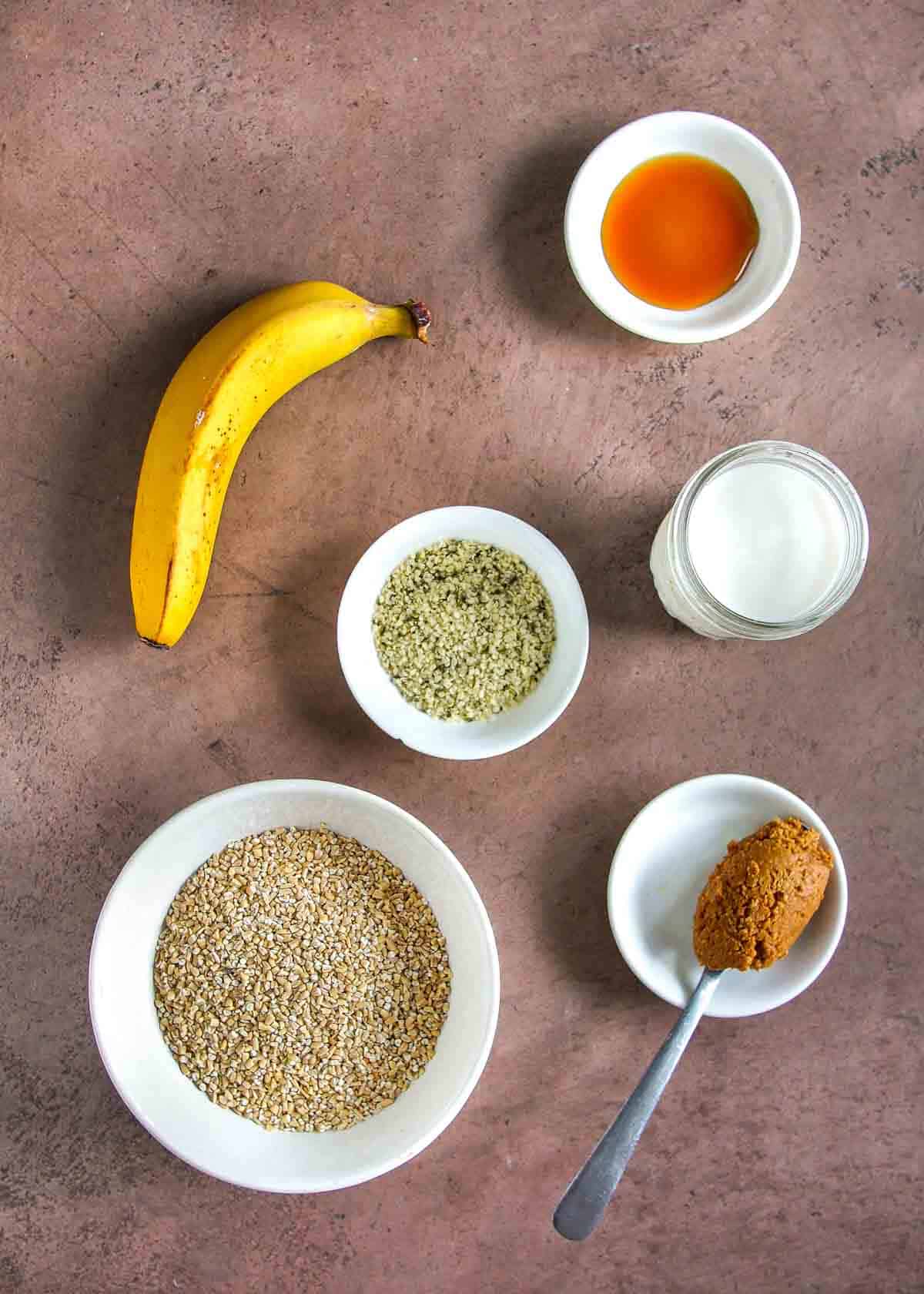 What Is Oat Milk?

Made from oat flour with added oil and sugar or honey. Some brands may be made from hulled oat grain broken into smaller pieces called oat groats and occasionally some other grain is added. It is generally low in fat, moderate in protein and relatively high in sugar. It has the added bonus of containing some dietary fibre but also tends to be higher in calories.

Is Oat Milk Good For Me?

If you don’t like soy milk it might be worth giving oat milk a try. It is higher in protein than both rice and almond milk. A cup may have 2 grams of dietary fibre which doesn’t sound like much but if you are pretty skimp on fibre this could make all the difference.

Who Is Oat Milk Not Good For?

A higher calorie choice then most of the other milk alternatives and a large chunk of those calories are coming from sugar. It has a GI of around 69 which is slightly better than rice milk, probably due to the presence of dietary fibre.

So, Which Is The Best Milk Alternative For You?

There are a lot of factors to take into consideration including assessing if your choice meets your needs nutritionally or if it is just contributing excess calories. Figuring which one fits into your lifestyle and caters towards your taste buds is your challenge to take up. For many, it is a taste preference, for me following a plant-based diet means I want to make sure I am getting enough protein. I choose Organic Soy Milk because it is the best source of protein.

Most milk alternatives on the market are fortified with calcium, meaning they have a calcium supplement added to the drink. The general amount is about 300 milligrams of calcium per 1 cup serving, which makes it equivalent to milk. See my post Bone Health and Calcium for Vegans for more information.

Vitamin B12 In Milk Alternatives

Making your own milk alternative would put you to the top of the class for Greenman-ship and would be the best from a sustainability standpoint. It would reduce transportation, refrigeration time and packaging. Store-bought milk alternatives often come in tetra packs which are a combination of paper, aluminum, and plastic which makes them difficult to recycle. I’ve written about the sustainability of plant-based diets here – Plant-Based Diets and Sustainable Eating.