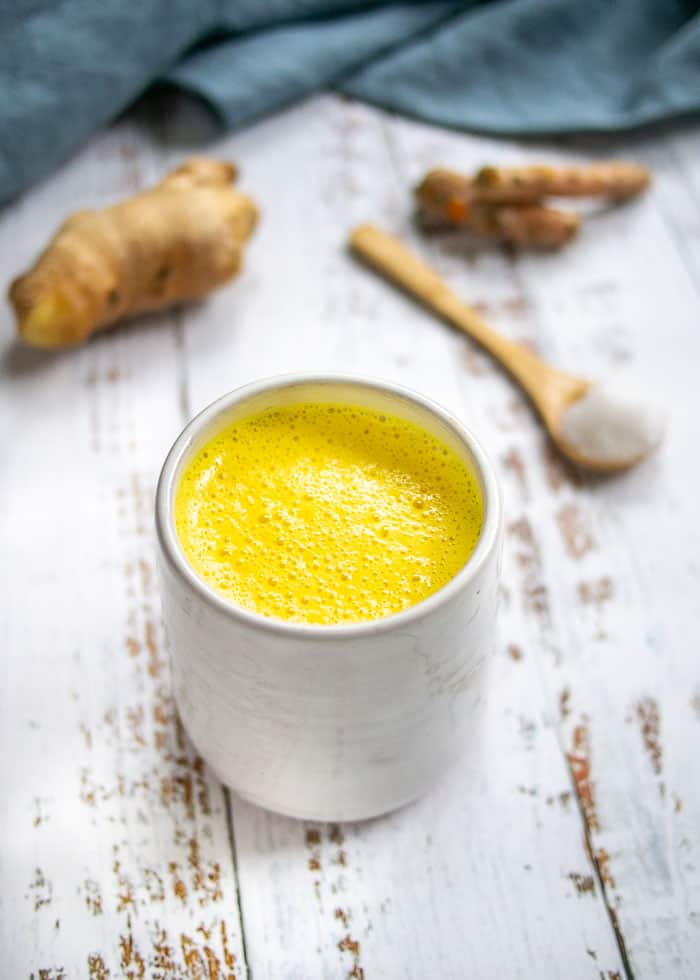 Turmeric has been used in traditional Ayurvedic medicine for thousands of years and has been renowned for its anti-inflammatory properties. Western medicine has caught on and the majority of the research has been done on one of its isolated constituents – curcumin. 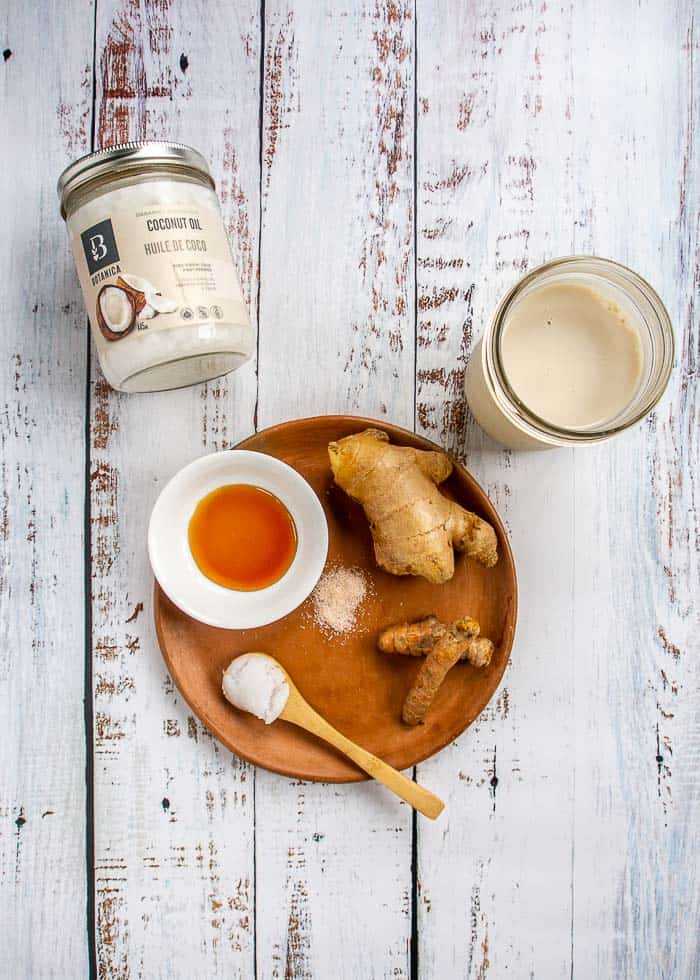 Results on trials done on high cholesterol and turmeric are inconsistent. The conflicting results could be due to differences in turmeric formulations, duration of treatment, or cholesterol status of the patients at baseline. One factor that is relatively consistent across trials is that turmeric, or curcuminoids, can reduce triglyceride levels (2,3,4) which is a type of blood fat that is used to give energy to your body.

Turmeric has been widely used for the treatment of disorders associated with inflammation. Specific turmeric extracts have been shown to be beneficial for those that suffer from pain and impacted functionality related to osteoarthritis, and two studies showed a lesser dependence on medication (5,6). Preliminary clinical research also shows that taking a specific turmeric extract 500 mg twice daily for 6 weeks reduces pain and improves function and other symptoms compared to placebo in patients with knee osteoarthritis (7), results have been similar for non-commercial turmeric dosed at 500mg two to three times per day (8,9). 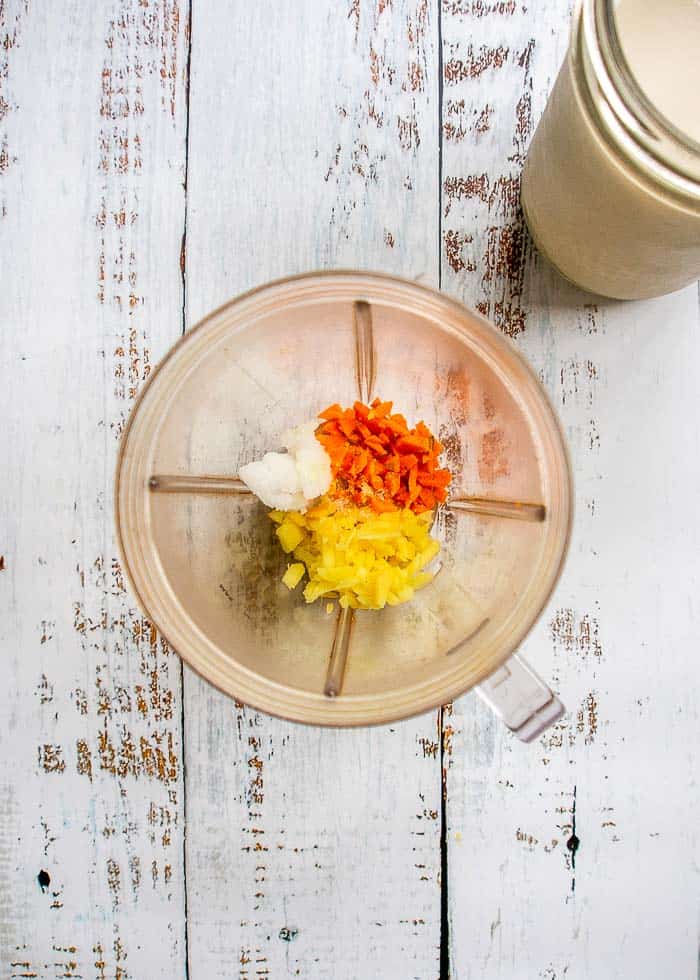 Add minced ginger and turmeric, as well as coconut oil into a blender.

Fresh turmeric can be found in some health food stores but is not always available. Option to use 1 teaspoon of ground turmeric in place of fresh turmeric. Note that turmeric will lose some of its essential oils in the drying process.

Fresh turmeric root can stain hands and cutting boards. I have found that washing my kitchen utensils and equipment, as well as my hands immediately afterwards cuts down on the severity of the stains.

If you enjoy this latte on a regular basis, prepare the minced turmeric and ginger in larger batches to use for a few days in a row. Option to mix the coconut oil with the minced ginger and turmeric to create a simple golden-milk paste.

Use a high-speed blender to get the nice frothy topping that is typical of a traditional latte. I use my Nutra Bullet which makes the frothiest lattes in my experience due to the lack of steam vents (because of this it is important to only blitz for a few seconds).

The bright yellow-orange colour of turmeric comes mainly from fat-soluble, polyphenolic pigments known as curcuminoids. To increase the bioavailability of these compounds it is beneficial to consume turmeric with a fat source. Try adding coconut oil, not only for the flavour but also for the creamy mouthfeel.

To further enhance the availability and absorption of the curcuminoids in the turmeric, add a small pinch of black pepper. Research supports that when the component piperine in black pepper is added at a ratio of 1:100 piperine to curcumin, the absorption of curcumin is increased by 154% (10). 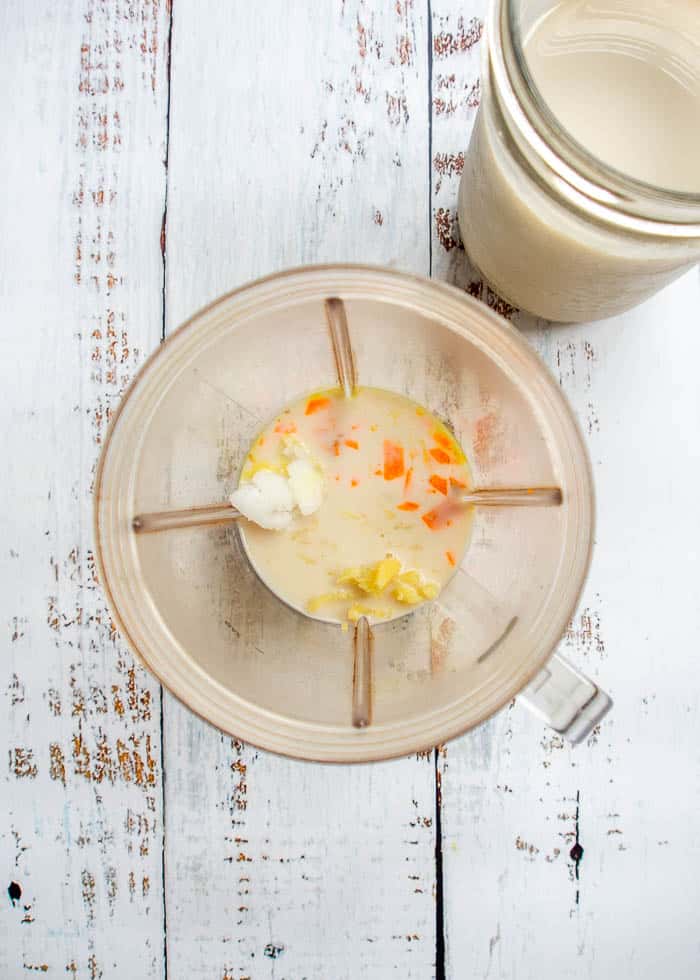 Add 2 tablespoons of milk alternative to blender, along with minced ginger and turmeric and coconut oil.

This recipe can be made vegan by using a milk alternative in place of milk. Even better if you can make your own! Try this simple Hemp Milk Recipe.

To make a caffeinated Turmeric Latte, steep 1 black tea bag in the warm milk for 3 minutes. Remove before adding the warmed milk to the blender with the remaining ingredients. 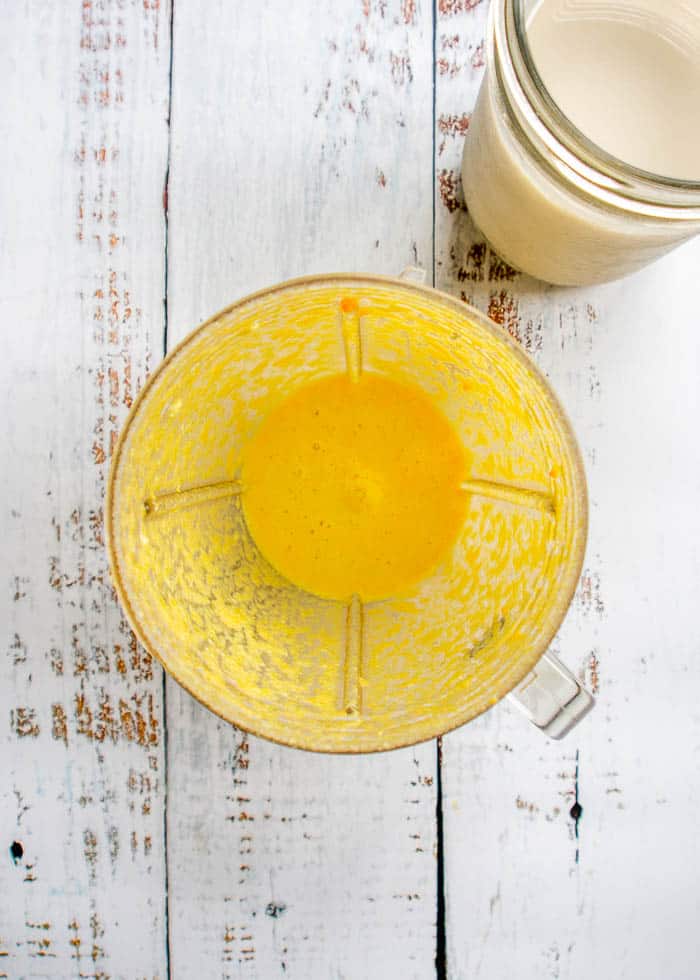 Blend the turmeric, ginger, coconut oil and a small amount of milk alternative to create a liquidy paste.

Or these recipes where turmeric plays a supporting role:

Here are some of my other favourite warm drinks: 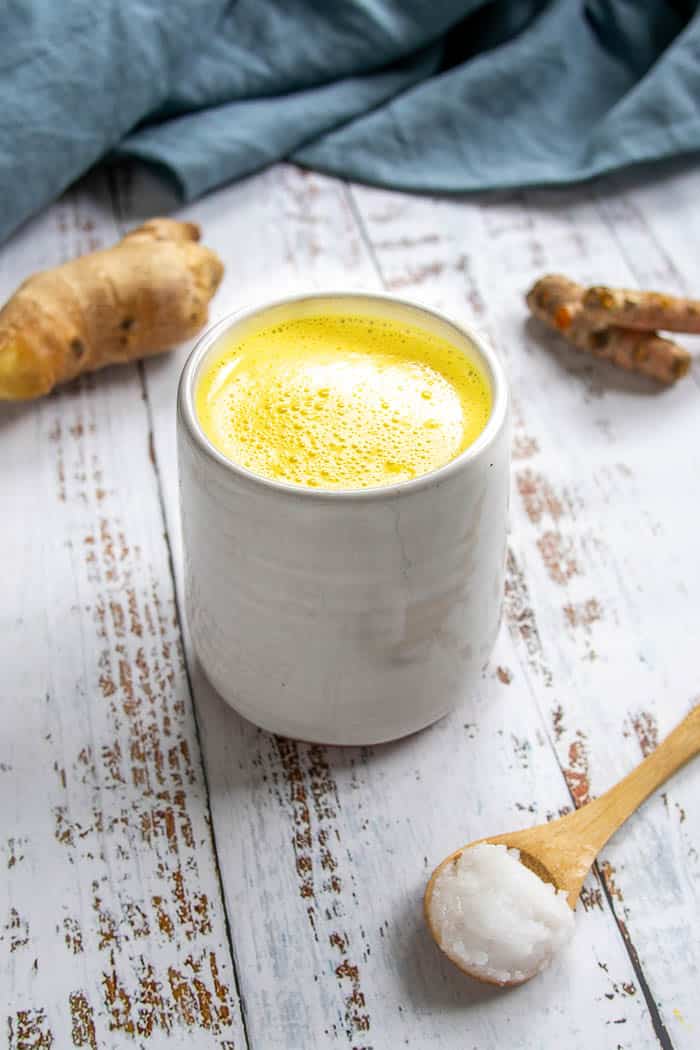 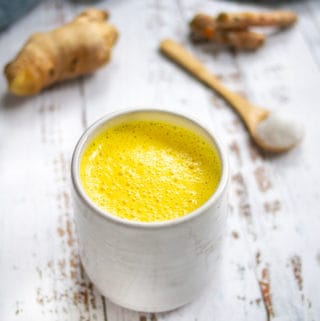 *Choosing a milk alternative with a higher fat content makes for a more creamy late. I like using Pea Milk. Organic soymilk would work too. I have also made it with my Homemade Hemp Milk Recipe. Make it vegan: Use a milk alternative, and maple syrup in place of honey. Add more protein: Use Pea Milk, Soy Milk or Homemade Hemp Milk which are higher in protein than other milk alternatives. Boost the nutrients: Try adding double the amount of fresh ginger and turmeric for a stronger and more nutrient-dense drink. Increase the vibrancy: Add an additional 1/2 teaspoon of ground turmeric to enhance the orange vibrant colour.

10) Shoba, G., et al., (1998). Influence of piperine on the pharmacokinetics of curcumin in animals and human volunteers. Planta Medica.